Skip to content
Loading...
Latest news
Time to Build a United Front Against Fascism
Who Are We Kidding About Our Democracy?
To Survive : Aim High
To practice decency in politics you don’t have to be a communist.
Willful Collapse
ActivismArticlesEventsNews 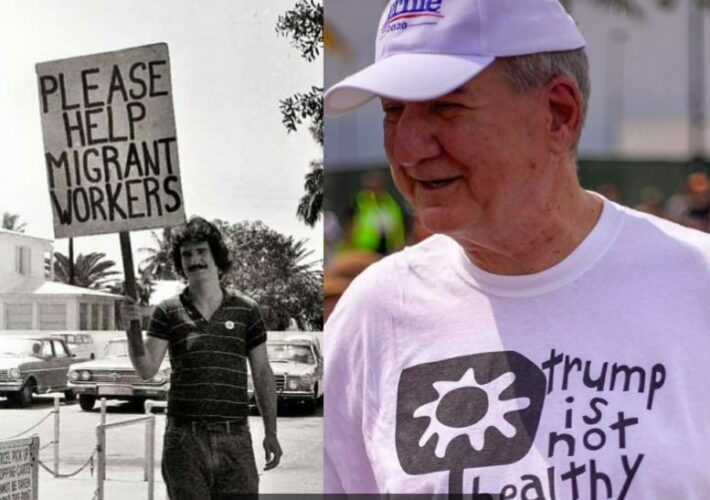 For he will forever live in our hearts

On or about July 22nd, Jack calls me to tell me that he was diagnosed with Covid-19. At the time, I didn’t make much of it. He was talking fine and I had never seen Jack not being able to overcome any obstacles.As the virus progressed harming his body, I began to realize that there was serious danger here now. For the last five years, Jack and I as Co-Chairs of the Labor Community Alli-ance of South Florida, will talk every night about our Coun-ty’s and national political situation. Jack was what I would call a truly revolutionary intellectual. He had an incisive mind capable of understanding and unfolding the most difficult political situations.Jack loved people, period. He hated injustice with a passion. Jack was a Mountain of a Man. Strong guy. Several times I saw Jack cry about injustices he couldn’t nothing about it. Jack was a Brother to the Haitian community always ready to help in their struggles. He also loved deeply the Cuban peo-ple. Like with the Haitians, every time that there was an event dealing with fairness to Cuba, there was Jack. Many times wearing his guayabera. And, of course, his defense of the Jewish people against discrimination and hatred was legendary.Jack was very much a Sandernista. He supported Bernie, AOC and the rest of the Squad to the hilt. He did so because he believed very deeply in the beauty of the American peo-ple. Jack was born in Philadelphia, Pa. he continuously re-joiced listening to the story of how Pennsylvania, a State that was 88% white will vote twice with significant majorities for Barack Obama. America has lost a one of its best and fairest sons.To conclude, in the Labor Community Alliance of South Flori-da (LCA), an organization that he helped found, when he was in the hospital and we knew that he wouldn’t be back for awhile, we discussed how we were going to temporarily re-place him as Co-Chair, we came to the conclusion that to do so we needed five good committed people to fairly replace Jack. That was what Jack Lieberman really meant to us.Rest In Peace, Jolly Jack!

Below is the link to the Facebook page event for the Memorial for our dearly beloved Brother, Jack Lieberman.
Event will start on Saturday at 11 AM until 7 PM and then reconvene Sunday at 10 AM until 8 PM. This an event to commemorate the life of a Giant of a Man. A Revolutionary Intellectual that positively influenced the lives of thousands in the United States of America.