Skip to content
Loading...
Latest news
Facing Reality
The Time Has Come To Do More Than Just Protest
The Nation Can’t Wait Any Longer
Time to Build a United Front Against Fascism
Who Are We Kidding About Our Democracy?
ArticlesEconomics 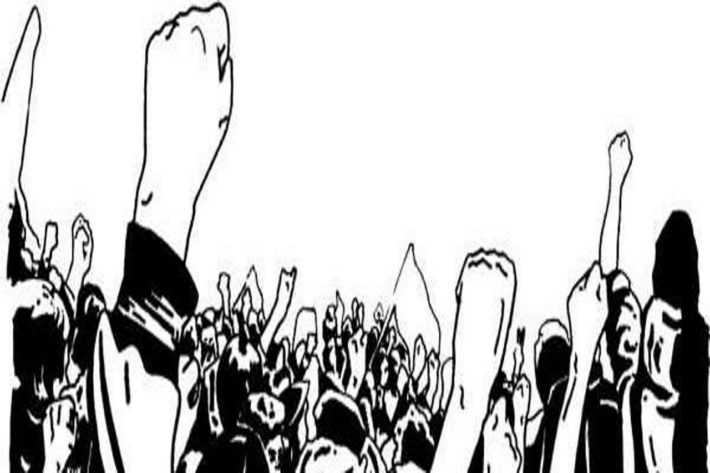 Reforms and the Elites… There’s a tendency in U.S. progressive politics to focus on rehabilitating capital-ism for working people. Elizabeth Warren’s campaign for president had the patina of an “anti-corruption” cru-sade, giving a populist spin to technocratic fixes that would update the embedded liberalism of the postwar era for the twenty-first century…. While the progres-sive wing of the Democratic Party reasserts its voice, its arsenal of proposed reforms ultimately promises to mend a grossly inequitable system, not challenge it outright. The problem with the reformist approach, as Levers of Power, by Kevin A. Young, Tarun Banerjee, and Michael Schwartz, shows, is that it doesn’t admit the deeper, fundamental structure of policymaking in capitalist societies, and the intrinsic control economic elites wield over it. With principal case studies from the Obama era, Levers of Power illustrates the degree of institutionalized policy capture within Congress, federal agencies, and the White House itself. Even in the throes of an economic emergency, elites maintain sev-eral ways to impede reform. These include capital strikes, or disinvestment; narrowly-defined cost-benefit analyses that exclude measures of public well-being; the culture of the “corporate compromise” and at-tendant political pressures to maintain it; and legal challenges by business to sabotage or at least curtail the reach of reforms during their implementation phase, if they manage to survive the “sausage-making” of congressional legislation. The effect is to both preclude ambitious, change-seeking insurgents from leading the Democratic Party and compel the po-tential reformers that do win election to greatly con-strict their goals. As Levers of Power demonstrates through examples from the labor movement and Civil Rights Movement, the path to enduring change re-quires mobilization that inflicts real costs on capitalists and disrupts the nexus of elite interests. This means that while progressive political allies are instrumental when it comes to implementing reform, they are never its true locus. The common usage of the term “corruption” is far too limited for understanding how political power operates. Rarely is the process a direct-ly transactional one in which economic elites bribe pol-icymakerstoobtainaspecificend.Themoretypicalfunction of campaign contributions is to purchase ac-cess to the policymaking process –that is, a guaran-tee that their interests will be prioritized, and that they’ll be consulted before any policy changes are made…. There’s reason to believe that moments of deep crisis, like the current one, give politicians more latitude to defy corporate interests. What’s clear is that if elites are not bearing any real costs, they will ferociously oppose progressive reforms, and a social democratic president (or governor, or mayor) will have a tough time countering them. Stronger regulations on busi-ness are great, but why should private banks or corpo-rate executives have any power to determine invest-ments? Higher wages are great, but why should some people be consigned to a life of monotonous, unpleas-ant, unhealthy labor while others get to do creative and fulfilling work? Those discussions are unlikely to be broached in Washington. Labor and other move-ments need to do it. As for how movements can obtain more leverage, I favor engagement with electoral poli-tics on a limited basis. Most of the policy solutions –at least the reform solutions –are out there and politi-cians or their staffs can find them if they bother to look. The left has a crucial role to play in articulating a vision for a liberated society in all realms. It’s impossi-ble to offer a precise blueprint but a basic vision is important, for two reasons: It can foster debate about the key principles that should govern society and show there are realistic alternatives to our current sys-tem. The left needs to be engaged in building unions, tenants’ councils, and other mass organizations, and fighting for reforms within the current system. The pro-cess of struggle is itself educational: collectively con-fronting oppressive institutions sharpens our under-standing of the world and exposes the limitations of reform. Once a movement wins a reform, the inade-quacy of that reform soon becomes apparent. That’s the way many people radicalize. The presence of an organized, visible left that is promoting radical analysis can help, by offering people tools for the fight. … The left should also pursue what Robin Hahnel calls “experiments in equitable cooperation”: alternative institutions like worker-owned cooperatives, mutual aid networks, and restorative justice programs. The dominant institutions won’t allow these to get very big, but they still serve an educational purpose in that they demonstrate that humans can organize themselves based on values other than greed, individualism, and vengeance…. The left should focus on building organ-izationsthatcandotwothings:confrontpredatoryin-stitutions and build alternatives. Our movements need to do both simultaneously.

Corporate Landlords Pay Our Rent! The U.S. real estate industry is led by some of the richest, most powerful people in the world. They have profited handsomely from the last foreclosure crisis, the commodification of housing, and dec-ades of racist housing policy, all while actively lobbying to avoid paying their fair share in taxes. The Covid-19 pandem-ic has magnified what we already knew. Making them pay will help millions of tenants, homeowners, and struggling property owners who are struggling to survive. https://truthout.org/articles/corporate-landlords-get-big-tax-breaks-they-should-pay-rent-our-during-covid/?