Skip to content
Loading...
Latest news
Facing Reality
The Time Has Come To Do More Than Just Protest
The Nation Can’t Wait Any Longer
Time to Build a United Front Against Fascism
Who Are We Kidding About Our Democracy?
ArticlesRacism 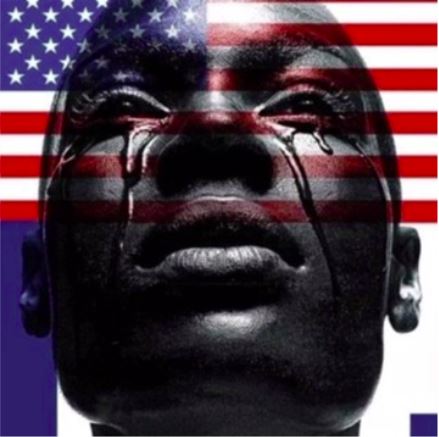 A USA TODAY/ IPSOS poll released Friday indicates that only 28 percent of white Americans believe that what happened to George Floyd was murder. If that’s not an indictment of the moral level of white Americans, I don’t know what it is. Discussing the trial of Derek Chauvin, Philonise Floyd, George Floyd’s brother, said that this trial should be very easy to judge, he said “just watch the video.” And he is absolutely right. People that don’t see murder in that video at least have a distorted view of what murder actually is.

In today’s New York Times , Charles Blow in an Op-Ed “The Allies Betrayal of George Floyd” points out as per the poll analysts FiveThirtyEight support for Black Lives Matter skyrocketed after Floyd was killed, but much of that support ended sometimes before Jacob Blake was shot and paralyzed in Kenosha, Wisconsin with 49 percent saying they supported the Movement and 38 percent in opposition. Similar to BLM’s net approval before Floyd’s death. The drop in popularity largely driven by increased opposition among white Republicans (80 percent of whom oppose the Movement, higher than before Floyd’s death), but also white independents who also now supports BLM at same levels as before Floyd’s death.

What happened? During the riots following the murder of George Floyd the call resonated throughout the nation to “Defund the Police.” This call was made while people were rioting during Black Lives Matter called for rallies. The impact of this occurrence had the end result of BLM losing 12 points support and the Police gaining 14 points support in the Black community (This also coming from a recent USA TODAY / IPSOS poll). What this should tell us? A slogan that expressed a good thought can be turned around by a misinterpretation coming from the slogan itself. By the time activists get around to explain the slogan, the handle has been lost.
Coming back to George Floyd’s trial, I don’t see that there should be any other expectation than a guilty verdict. Anything else would be a miscarriage of justice. The video is abundantly clear that there was no danger whatsoever, that Floyd didn’t resist arrest, that the bystanders were clamoring for Chauvin to take his knee off from Floyd’s neck as they were watching a modern day lynching happen right in front of their eyes.
If Derek Chauvin is not found guilty of murder the whole world will see that in America – Black lives doesn’t matter.
Lorenzo Canizares
Share this...