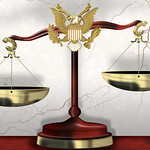 If we want peace, justice has to be on the menu
To achieve fairness we have to target specifically. Please make no mistake, fairness and justice are synonymous.
Most times when we think about justice most people think about what’s happening to the least among us, and that’s fine. But, justice covers more than just the downtrodden. If we want a society to run smoothly, we have to be concerned with the well-being of every sector.
President Biden has introduced an infrastructure package that if passed it will be a game changer. It will bring us back to the New Deal period, in my humble opinion, the best period in American history. The energy and the enthusiasm generated by the New Deal made it possible for us to have the inner strength to defeat, together with the Russians, the real Axis of Evil -Germany,Japan and Italy during the Second World War.
Passing Biden infrastructure package will generate the needed enthusiasm to fight mightily for justice, a fight that has the potential of bringing the USA back to be the most coveted nation on the planet, after all, the USA is a microcosm of the planet.
I would also like to address the reality before mentioned that a nation is composed of different sectors of people and that to have justice all of these sectors are entitled to be treated fairly. There is no doubt that during this pandemic there have been several industries that have been severely affected. Not every major business have been able to rack up profits like Amazon and some others have done. Airlines, hotels, energy producers, retail stores, entertainment,etc. have suffered humongous losses during the pandemic it will be unjust to throw all these businesses into the same pot to be evaluated as equals with Amazon, Walmart and other mega money-makers.
What seems Just to me is that we look into corporations individually and assess their economic situation. Not one size fits them all mentality. I can hear some say it can’t be done. Too much work. Well, if we can put people into space, we can find the people that will help us achieve fairness. We have millions of highly educated people working in jobs way below their intellectual capabilities that could help in this essential task of achieving economic fairness.
Take for example restaurants and dry-cleaners, essential neighborhood businesses, their survival is important for the quality of life quotient in their communities. We all have a stake in their survival.
Planning for economic survival is a better use of our nation’s time than having to deal with all the consequences of disregarding the well-being of small businesses that in most communities are their heart and soul.
Lorenzo Canizares
Share this...