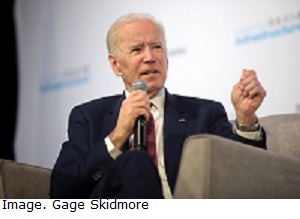 Mitch McConnell is back to his old ways of making sure Democrats can’t  do anything that will help the people of this country. Remember his famous pledge “our task is to make sure that Obama is a one-term president.” Obama was able to get some good things done, but it could have been much better without the constant obstacles put on his way by recalcitrant Republicans.

Biden’s infrastructure proposal is a masterpiece. A modern day “New Deal.” Biden’s proposal is definitely expensive, but is also urgently needed. Our aging infrastructure needs repair quickly and we also need millions of good-paying jobs to bring back our middle class. Republicans are as we well know shameless hypocrites. When Donald Trump was going to do a $3 trillion infrastructure bill, Republicans were super-enthusiastic. They proclaimed “Infrastructure Week!” although they never got around to it. Now that it’s Joe Biden‘s idea, Mitch McConnell hates it and pretty much every Republican in the country is trashing the idea. In my humble opinion, Trump never intended to do anything that will help the American people. If you have any questions about Trump’s intentions please glance through Mueller’s report to get an idea of what Donald Trump was and is about.
McConnell and the Republicans are going to be an obstacle all the way through. We can’t lose neither chamber of the legislature or we will be in major danger of losing our democracy. With all the voter suppression going on, it will make it very difficult to have a well-functioning democracy.
We have to deliver or else. And it’s not only to keep Democrats in power, but more importantly to serve the American people. The Democrats have no other choice, but to eliminate the filibuster. The filibuster has to go. Nothing will be accomplished if the Republicans have that tool at their disposal.
Republicans are making much noise about Biden’s two trillion price tag, but as said before they were very enthusiastic when Trump made his three trillion infrastructure proposal.
During the New Deal much money was invested in major infrastructural projects such as the Works Progress Administration (WPA), during the Eisenhower years (with its 91% marginal tax rates) we had the massive investment in the interstate highway system that helped us to become the envy of the world.
Bottom line, we need to repair our infrastructure and provide good paying jobs that will help our once powerful middle class make a comeback. The task is clear.”
Un Abrazo,